Anthony A. Woods Award (The Beckie) - Past Winners

Douglas Fishburn RRO, GRP has over 50 years of construction and design experience in the field of roofing and building envelope.  He is President of Fishburn Building Sciences Group Inc., a Pretium company. He is a past President of the IIBEC (Ontario Chapter), and held the position of IIBEC Regional Director. He has held positions on several IIBEC Committees, the Canadian General Standard Board (CGSB) and Canadian Standards Association (CSA) committees.

Mr. Fishburn has authored over 40 national and international technical papers and contributed articles to professional trade journals, lectured at universities, and has also written and provided training seminars for trade organizations, and government bodies. He has co-authored training manuals for Green Roofs for Healthy Cities and co-authored the Green Roofing course for IIBEC. Mr. Fishburn holds several Canadian and US patents in the area of roofing and building science.

On July 9, 2022, Brian’s name joined a list of Beckie Alumni - the honoured leaders in our Building Engineering community… names include John Timusk, Gus Handegord, Jacques Rousseau, Kim Pressnail, John Straube, Rick Quirouette, Ted Kesik, Bob Drysdale, Eric Burnett, Mark Bomberg, and others who led through research and teaching, and the names of many others still who led through the building of engineering companies focussed on the advancement of excellence in design, construction, and performance of the building envelope, and of course, Tony Woods himself for whom the award is named.  All would be proud to have Brian stand among them.

Posthumously, he was honoured, could he possibly know how many lives he changed?  He made everyone he met thankful to have known him, especially those in the field of building science.

David has worked on over 500 projects over a 23-year career in building repair, building renewal, and building envelope design. David graduated with a Masters of Applied Science in the Department of Civil Engineering at the University of Toronto in 1997. He started as a project associate at Trow Associates in 1997. He subsequently moved to Halsall Associates in 1999 and took on increasing responsibilities culminating in being the Executive Vice-President and Building Restoration Practice Leader before co-founding Synergy Partners in 2014. David applies the lessons learned in evaluating building enclosure performance in existing buildings to new building enclosures or building renewal to optimize building performance and durability.

David is a certified Building Science Specialist (BSS). He is the Chair of the CSA A440.6 subcommittee that deals with high-exposure Fenestration Installation and Vice-Chair for CSA-S478 Standard on Building Durability. He is a past President of the Ontario Building Envelope Council (2007-2008). David is currently a Part-Time Professor at Ryerson University where he teaches Building Envelope Restoration for the Masters of Building Science Program in the Department of Architectural Science. 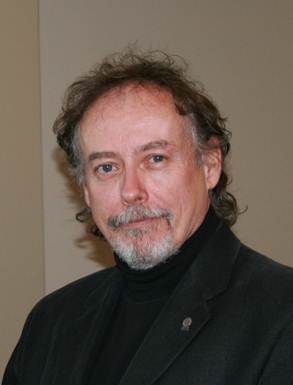 Greg attained an Honours Diploma in Biochemical Technology with Distinction from Durham College in 1980, followed by a Masters of Science (Façade Engineering) degree from the University of Bath, U.K. in 2003.

Greg started his career at the Ontario Research Foundation in 1980 and spent the next eleven years in the research and development field relating to corrosion and electrochemistry and building science with the ten-year development of a large-scale building science laboratory.  Over this period Greg worked on a number of high profile research projects including: establishing heat build-up characteristics of residential wiring encapsulated in polyurethane foam insulation, the performance of masonry air barriers and thermal attributes of sealed insulating glass units incorporating new low emissivity coatings and argon fills, to name a few.   In 1991 Greg joined a motley crew which included,  Gus Handegord, Eric Burnett, John Timusk and James Lischkoff at exp Services Inc. (formerly Trow Inc.) as Head of the Façade Engineering Group.  In addition to his responsibilities as Head of the Façade Group, in 2013 he was also appointed the Assistant Manager of the Building Engineering Team, which encompasses the Concrete Rehabilitation Group, the Façade Group, the Condominium Group, the New Construction Group, the Roofing Group and the Structural Group.

Since the early 1980’s Greg has been and remains an active participant a number of building related standard committees,

Greg has presented at numerous local (OBEC) and national building envelope conferences including a recent presentation at the 14th Canadian Conference on Building Science and Technology in Toronto.  Together with Dave Prohaska, P. Eng., Greg taught the Window & Curtain Wall Systems course which was part of the Building Science Certificate Program at the University of Toronto.  Similar courses were also provided to the Toronto Construction Association

Ted Kesik is a professor of building science in the John H. Daniels Faculty of Architecture, Landscape and Design at the University of Toronto. He entered the construction industry in 1974 and has since gained extensive experience in the various aspects of building enclosure design, energy modeling and systems integration.

Kevin is a leading expert on building enclosure technologies, and is widely recognized for his extensive cladding engineering experience. Kevin is also a popular public speaker, having traveled across North America to communicate best building practices. His main role is managing the sales, technical development, and marketing of Dryvit's architectural products in Canada.

Kevin's key contributions to building science include: authoring Designing EIFS for a Predictable Service Life (2001), Practical Requirements for Rainscreen EIFS (2002) and Taking the LEED with Durability (MRc8). Kevin has been a member of the BSSO faculty since its inception, and is a former member of CSA-A440.4, and its Committee on window installation, as well as former Chairman of ULC-S716. Kevin is a former President of OBEC and current Vice-Chairman of the EIFS Council of Canada.